The best time to go fishing can vary quite a bit, especially depending on if you’re saltwater fishing or freshwater fishing. Before we dive into the details, however, we can make one blanket statement: fish just about everywhere are almost always active at sunrise and sunset. The periods of changing light levels trigger feeding behavior in all kinds of predatory fish.

Saltwater fishing will be affected by countless variables, but the major ones are:

The weather impacts saltwater fishing in many ways. Wind is a major factor since it can drive bait up onto a shoreline or make some areas churned up and muddy. Cloud cover is another factor, which we’ll cover more in the section on light levels. Weather’s effect on water temperature is an important consideration as well, since it will affect the places and the depth at which the fish are most comfortable. As fronts pass through, the changes in barometric pressure can also have an effect; with many species, feeding increases immediately before a cold front, but slows during and after a storm or front hits. Fishing after a front pushes through is then sometimes poor and continues to be poor for a day or two.

Tides and currents have a huge impact on success in saltwater fishing. They affect water level, and a shallow area that holds fish during a high tide might be a bare mud bank during low tide conditions. Conversely, depressions in the bottom, or a channel that remains deeper than the surrounding waters, can have excellent fishing during a low tide. As a general rule of thumb, a changing tide and moving currents are best for fishing, while static or “dead” tides with little moving water are commonly slow fishing times. Since tides and currents are predictable, it’s possible to look up a tide chart and determine what time of day might be best to try fishing before you ever leave your house.

One thing you have to remember about fish and their relationships with tides and currents: it can change with time, and the other variables we’re discussing. The fish in any given spot may feed best at the end of an outgoing tide, for days, weeks, or even months, and then change their pattern to feed best at the beginning of an incoming tide for one reason or another. Determining the patterns fish establish and tracking their change is one of the great challenges of the sport, and there’s only one rule you can count on: the moment you have those fish figured out, they’ll probably change their ways.

We already mentioned that daybreak and sunset are great times to fish and this is in no small part because of the changing light levels. Many anglers believe that the changing conditions make it tougher for prey to spot and evade predators. But the position of the sun isn’t the only variable in play. Heavy or intermittent cloud cover also has an effect, as does rainfall. Fish often feed strongly in low light conditions, and light levels can also determine what color lures are most effective at any given time. While there’s no perfect way to predict how the fish will respond to color choice, remember this rule of thumb: look at the water and match your lure’s color and finish to the water color. When the water condition and sunlight make the water look green, green color lures are often effective. But when the water looks brown, root beer colors are a better pick. And when the sun’s high and bright in the sky, reflective lures often work well while in lower light conditions lures with a matte finish often do the trick.

Since there are no tides in freshwater lakes and rivers we can remove this variable from the equation. However there still may be currents to deal with. So the major issues to consider as you choose the best time to go freshwater fishing include:

The weather impacts freshwater fishing much as it does in saltwater environments. Wind can still push bait one way or another, waves create noise and can churn the water, and clouds still affect light levels. However, the effects of fronts and changes in barometric pressure are often much more pronounced.

Rain (or a lack thereof) also has a bigger impact, since it can have a huge effect on water levels in lakes and ponds, and lots of runoff can roil streams and rivers. When choosing a time to go fishing it can even eliminate some options, as rivers that would otherwise be great for fishing are turned into muddy torrents. A light rain, however, can help you hide from the fish since the rain breaks up the view that the fish has through the water’s surface. This is true whether shore, wade, or boat fishing. Rain also washes insects and bait into the water, and this extra food creates a feeding binge for freshwater fish.

Currents in fresh water vary quite a bit depending on if you’re fishing in a moving body of water, or one that’s more or less still like a pond or lake. As a general rule, interruptions in a moving current (like an eddy in a river) are good spots to fish, while areas of current in bodies of water that don’t have much movement (like around a spillway drain near a dam) are often hotspots. As you decide when to fish, remember that the wind can create currents in bodies of water that usually don’t have them and you can use this knowledge to your advantage as you choose where and when to fish.

The position of the sun and cloud cover have similar effects in freshwater as they do saltwater. There’s one more significant variable to consider in freshwater though, and that’s shade. Quite often on sunny days freshwater fish look for shaded areas, whether it’s under a dock, a fallen tree, or branches that overhang the water.

Taking all these factors into consideration, you’ll probably still be asking yourself when to fish. There are so many variables coming into play that the decision can be a tough one. But we do have a simple answer that trumps all else: go fishing whenever your schedule allows. Sure you’ll probably catch more fish at day break and sunset. Yes, you’ll have better success if you time your fishing with the ideal weather and the peak tides. But the truth of the matter is that most people have hectic schedules, a list of commitments, and limited time.

So fish whenever you can, and always remember the time-honored saying, “The worst day of fishing is better than the best day of work.” 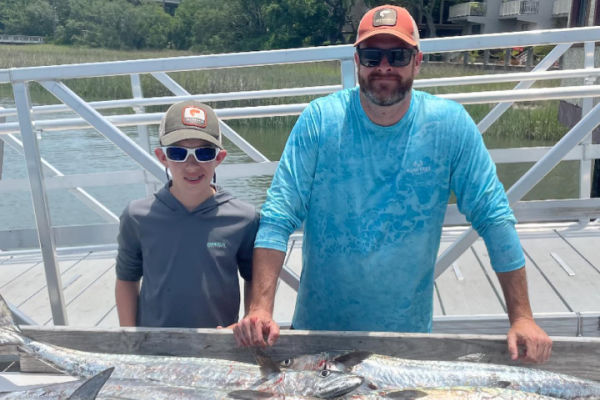 So if you’re looking for a fun, educational, and bonding experience for your family, charter fishing is the perfect activity. Give it a try on your next vacation – you won’t be disappointed! 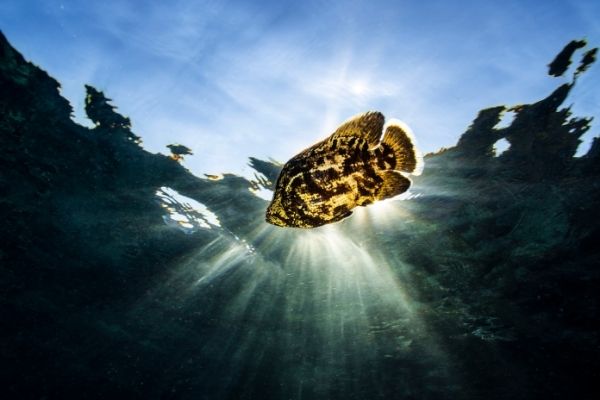 The variety of fish that are caught around Hilton Head is truly amazing. The fresh water creeks, streams, and rivers yield forty species of fish. There are eighty saltwater species available to the angler fishing the marshes, coves, and ocean surrounding Hilton Head. 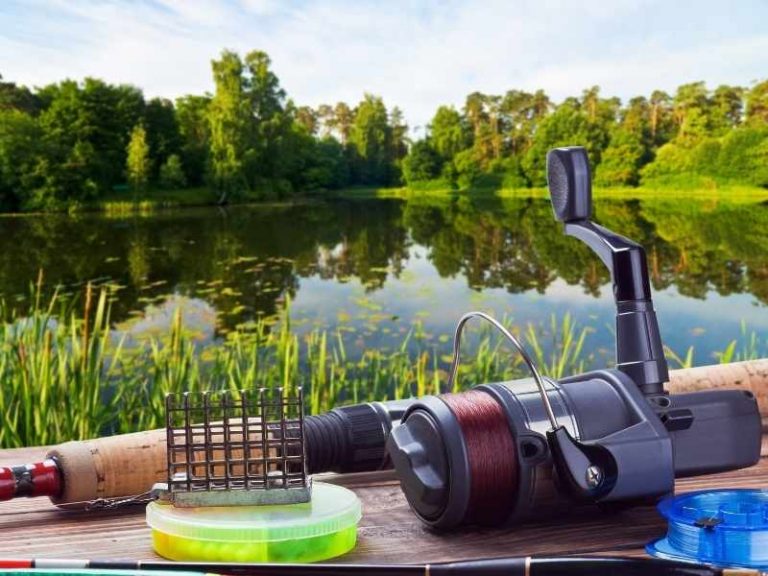 Fishing can be calming, grounding, and good for connecting with loved ones in a beautiful setting. It can also be… 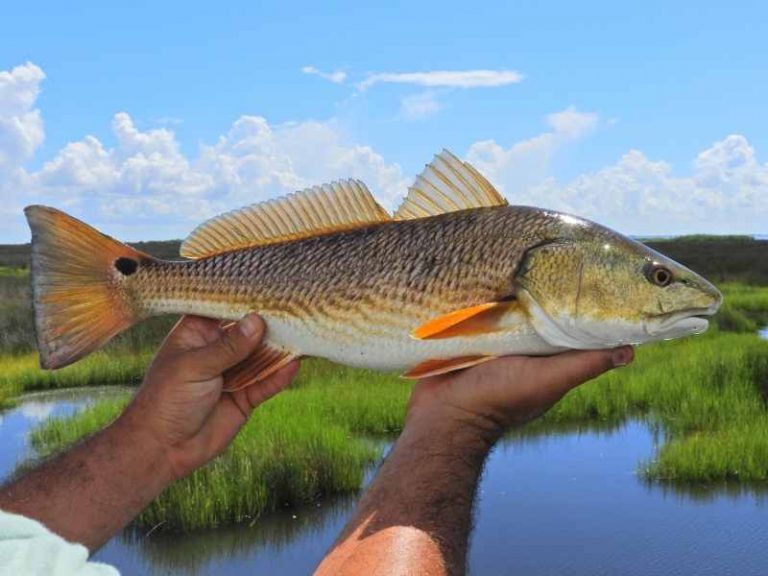 Here at Reel Job Charter Fishing, we take guests out on both inshore and nearshore fishing trips in the Hilton… 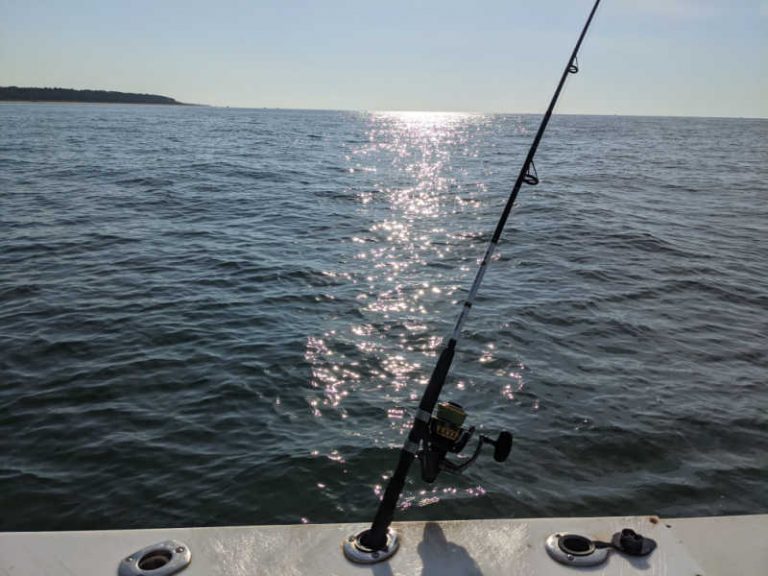 With so many fishing options in the Hilton Head area, it’s not always easy to choose the right fishing trip…